Mezzo-soprano Rachel Abrams has been lauded as a standout for her vivid portrayals, rich vocal timbre, beautiful blend, and dynamic stage presence on operatic and concert stages throughout the United States and Europe. A native of Stockton, California, Rachel now lives in Connecticut where she performs opera, oratorio, and concert works throughout New England.

During the 2021-2022 season, Rachel made her debut with MassOpera in their highly acclaimed immersive production of La Traviata singing the roles of La Dottoressa Grenvil and La Commissiaria and performed at the New England Gilbert and Sullivan Society’s (NEGASS) 45th-anniversary concert. She returned to Connecticut Lyric Opera to sing the role of Ida in their production of Die Fledermaus and Sesto Pompeo in Giulio Cesare in Egitto and to Cappella Cantorum as the alto soloist for their annual Messiah: Sing or Listen. Last summer, Rachel made her debut with Delaware Valley Opera in their summer opera concert: Lovers! Liars! and Libertines! performing in opera scenes from Così fan tutte; Rigoletto; Lakmé; and Trouble in Tahiti and returned to Berkshire Opera Festival to sing in the ensemble of Verdi’s Falstaff.

During the 2020-2021 COVID closures, Rachel was featured in a variety of virtual concerts, most notably with Panopera, Greater Worcester Opera, and Operatune Productions in their Enchanted Christmas concert of oratorio and sacred works. She also performed excerpts from Bach’s Weihnachtsoratorium with members of the Connecticut Virtuosi Chamber Orchestra at St. James Episcopal Church as a part of their Lessons and Carols service.

During the 2019 – 2020 season she was featured as the alto soloist in Haydn’s Lord Nelson Mass and Debussy’s Trois Chansons with Clark University’s Concert Choir and the Panopera Orchestra, the alto soloist in J.S. Bach’s Christmas Oratorio with Cappella Cantorum’s Masterwork Chorus & Orchestra, the alto soloist in Cappella Cantorum’s annual Messiah: Sing or Listen, returned to Finger Lakes Opera as the Giant’s Wife in Jack in the Beanstalk at the Lyric Theater in Rochester, Connecticut Lyric Opera as Der Trommler in their touring production of Viktor Ullmann’s Der Kaiser von Atlantis and to Greater Worcester Opera to sing the role of Mrs. Segstrom in A Little Night Music.

In the summer of 2019, Ms. Abrams was a young artist with Finger Lakes Opera’s Tomita Young Artist Program where she performed the role of the Giant’s Wife in FLO’s outreach program of Jack and the Beanstalk; was a featured soloist in opera scenes from Il barbiere di Siviglia; Rigoletto; and Lakmé with the Finger Lakes Opera Orchestra; performed in opera scenes from Der Rosenkavalier and Cosí fan tutte, and sang in the ensemble of FLO’s mainstage production of La Bohème.

In the summer of 2017, Rachel joined the Nahant Music Festival as an Apprentice Artist where she was featured as the alto soloist in Bach Cantata BWV 94 accompanied by members of the Emmanuel Music Orchestra, performed the role of Cousin Hebe in HMS Pinafore, and sang in the world premiere of Nahant Calling, a song cycle by Francine Trester. In 2012, Ms. Abrams was a sponsored young artist with Winter Opera St. Louis where she performed the role of Echo in Ariadne auf Naxos; performed in the Rodgers and Hammerstein musical review: A Grand Night for Singing, and covered Lola in Cavalleria Rusticana and Musetta in La Bohème.

A lover of art song and chamber music, Rachel enjoys performing works that further her connection to her Jewish heritage. In 2015, Rachel and pianist Michael Korman were invited to curate a recital featuring lesser-known works by German Jewish refugees. This lecture and concert was presented at the Maurice Greenberg Center for Jewish Studies at the University of Hartford and was performed to great acclaim. She enjoys performing works in Yiddish and was delighted to be a featured soloist in Martin Bresnick’s Yiddish puppet opera: Der Signál, accompanied by the Hartford Independent Chamber Orchestra. 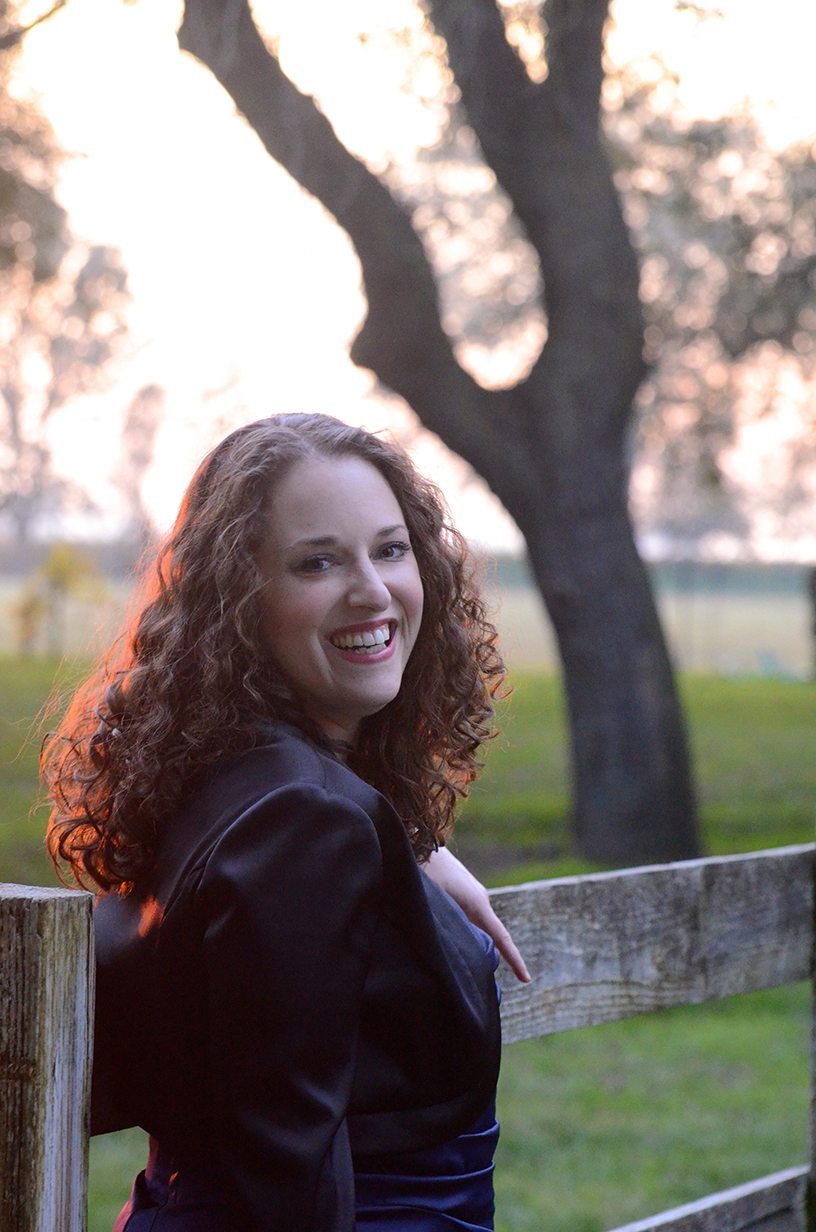